The samples of linden honey are produced mainly in the plain, and to a lesser extent in the hills. Normally these honeys are produced on plants grown as ornamental in urban, sub-urban or in parks.

By melissopalynological point of view these honeys are characterized by a low content of absolute pollen grains, generally less than 20,000, in the absence of Castanea.

The presence of Tilia was always very low, reaching a maximum value of 4% of the pollen grains nectariferous (excluding Castanea). The linden pollen was often present in very small percentage. This is due to the natural under represented of the species, but especially to the fact that the cultivated plants that give rise to linden honey in the region are often totally free of pollen. The pollen spectrum accompanying this species has presented elements common to all the other honeys of the region (Graminaceae, Rubus f., Cruciferae, Papaver, Castanea, Trifolium repens gr., and Robinia); there is a more constant presence of Ailanthus , Plantago, Pyrus f., Parthenocissus, Lotus corniculatus gr., Salix, Chenopodiaceae/Amaranthaceae, Umbelliferae A, Melilotus and Trifolium pratense gr.. The pollen spectrum is then characterized by the simultaneous presence of many widespread forms (such as various Leguminosae and Cruciferae, no one taking a dominant role) and man-made environment, such as agricultural crop (besides the aforementioned Pyrus f., Vitis, Medicago, Prunus f., Actinidia), ornamental (Parthenocissus, Aesculus, Magnoliaceae, Gleditsia), weeds and ruderal plants (Ailanthus, Verbascum f., Galega) and only to a lesser extent were present instead the spontaneous elements that characterize most of the hilly area. In some samples, the relative significance of nectarless plants (e.g. Papaver and Actinidia) is a characterizing element of honey produced on a nectar source strongly under represented. In other samples Leguminosae and Cruciferae have reached a percentage of discreet presence, but without the absolute amount of pollen that would allow them to assume an important role in the actual production of honey. An observation deserves Ailanthus, species quite common in environments where linden honey is produced and flowering almost simultaneously, and in increasing spread. The differentiation of Emilia-Romagna linden honey compared to similar productions of the alpine area does not pose particular problems: the alpine linden honeys are almost always characterized by a high percentage of Castanea which also produces a significant increase in the absolute content of pollen grains. In addition, the percentages of Tilia pollen, excluding Castanea from the count, much more easily reach values of dominant pollen or accompanying and are associated with items typical of the alpine flora (especially Ericaceae). The Eastern Europe linden honeys are distinguished rather easily because the high frequency of the Tilia pollen, a much smaller presence of Castanea and the association to other typical elements of that source (e.g. Helianthus f.). The linden honey occurs occasionally in central Italy, on cultivated species; the frequency and type of accompanying species are similar but a more abundant and constant presence of Mediterranean indicators is always identified. 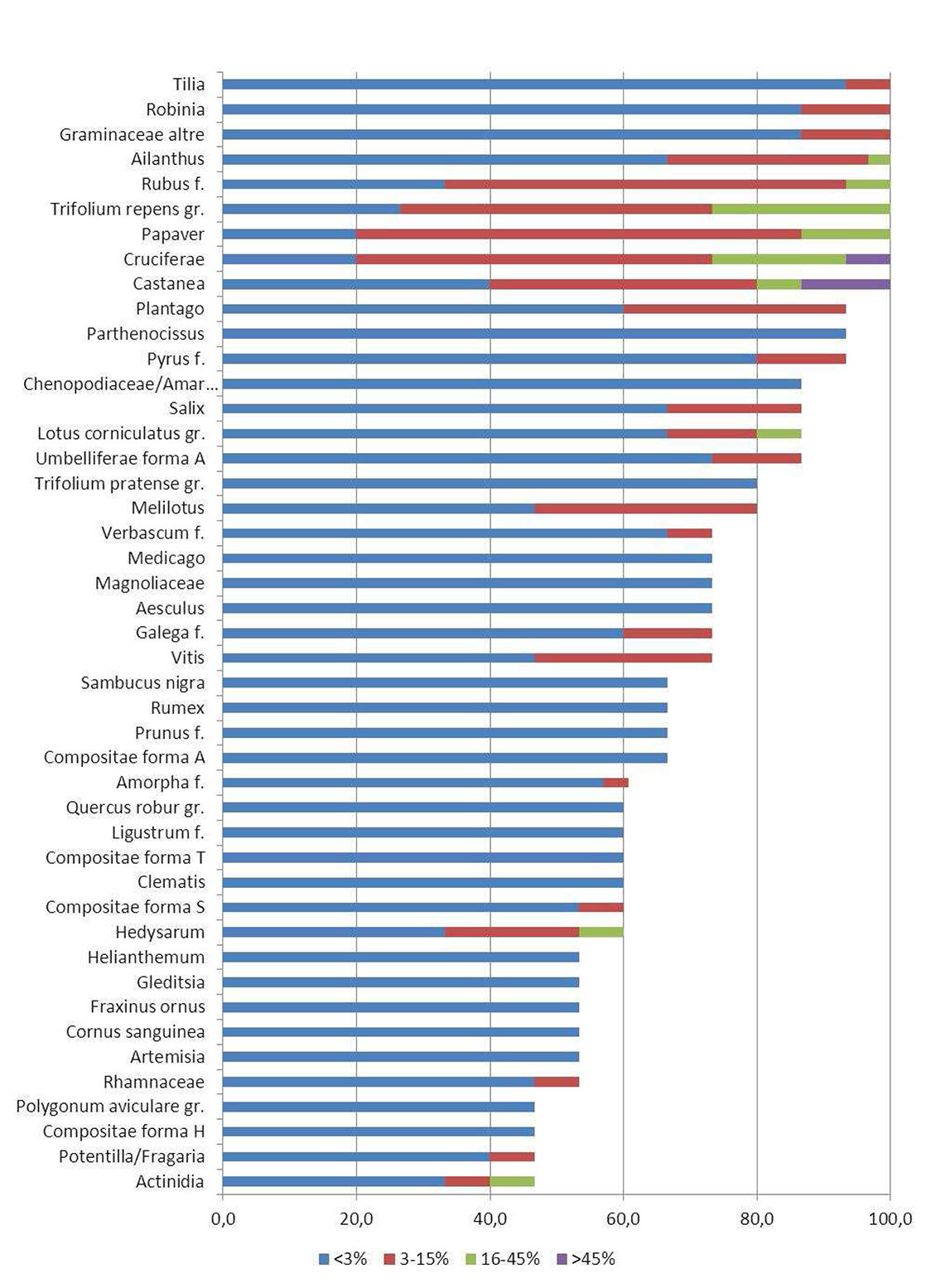 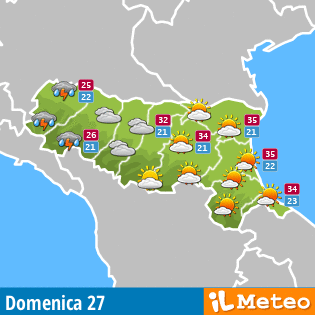